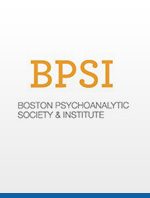 On July 11th, 2005 Jane Mayer published an article in the New Yorker entitled “The Gitmo Experiment” detailing interrogation techniques at Guantanamo. Revelations of a “consultative” cadre of doctors, psychologists, psychiatrists and other behavioral experts who apparently helped shape the nature and techniques of the interrogation, ignited debate within the American Psychological Association about its own position, and between various professional organizations (American Psychiatric Association, American Psychological Association, APsAA, to name a few) leading these organizations to levy public shots across each other’s bow. In brief summary, Jane Mayer’s piece talked about the origins of Behavioral Science Consultation Teams or BSCT involved in Guantanamo interrogations.

Mayer’s report describes BSCT team members devising interrogations designed to break down individual detainees’ resistance, including extensive surveillance and behavioral monitoring. One anecdote details how a psychiatrist rationed out squares of toilet paper or withheld toilet paper, presumably as a device to upset the detainee. Another anecdote describes keeping a detainee who is afraid of the dark in the dark, in one case for several years, as part of a plan to exploit an individual’s particular vulnerabilities.

In this way, BSCT teams are apparently working on the not-too-fine and newly established edge where torture is not quite torture.

In following the debate in various forums I have noticed two sets of responses to these issues: one response is that the issue at hand and its ethics admit to no nuance or debate: that doctors should not be involved in torture, period, stop. A second response is that there is room for debate and nuance, that, while no psychologist or psychiatrist in their right mind would endorse torture per se, there is room and perhaps necessity for professional engagement in certain situations which require the balance and working through of values which are in tension with each other, including the values of doing no harm versus the values of “national security”.

This article aims to explore the gray area between these two positions, out of the belief that only in being clear about it (understanding the gray zones, the arguments, and the logical paradoxes) can we defend the borders of the integrity of our roles as mental health professionals. I firmly believe that it does not help to act out of an “Us and Them” mind state (e.g., good and moral vs. evil and immoral), where the consequences are of such import. However, let me first state categorically my own position, and anchored firmly in it, launch into the fray. Personally, I cannot endorse, or want to envision, any situation in which a psychologist or psychiatrist should (is supposed to) be present in a context where suffering is generated as a means to an end, never mind have an active role. My mind recoils at the idea of so blurring the boundaries of function that it would pervert our mandate of healing.

That mandate, it seems to me, has a degree of fragility having to do with the fragility of our subjects. We work with vulnerable subjects, we work within their vulnerability. The mind itself is a creation of immense delicacy; that delicacy and vulnerability itself magnifies our every act and intention, somewhat akin to a doctor touching a burn victim. To that wounded patient, while there may be no protection from the inevitable pain of contact, the intention of the touch is immensely important. Patients endure much where trust suggests that the intention is healing. Mental health practice is viewed by the public as a near-voodoo practice. Because of the realm (of mind) in which we work, psychiatrists and psychologists are imbued (or plagued) with an aura of power and are often reacted to with fear. Public trust — at best, tentatively granted to us – is at stake in this matter.

But, while I say I cannot imagine a situation where mental health professionals have a role in security-related “interrogation”, what about the unimaginable? How, by the way, did we get to a place in history where there has been talk (in D.C.) about an amendment repealing the section in the Bill of Rights that makes torture unconstitutional? Clearly, the attack on the World Trade Center reset the U.S. security aims and procedures, along with domestic and foreign policies. Violence has reverberations; it takes the world we know beyond the pale of what we might normally expect and makes some of us accept what, in periods of complacence and safety, we would consider unimaginable I believe that, as violence and evil have become increasingly prevalent aspects of our reality, we can best grasp the scope of the moral, ethical and rhetorical debate that rages by acknowledging this prevalence as the context for the current debate introduced by Mayer’s Gitmo report.

Is the line between health and mental health professionals’ involvement in the interrogation of prisoners a bright, hard line, or a blurry and gray one?

Reference: The Experiment. July 11, 2005 issue of The New Yorker. By Jane Mayer.