Counseling at the Cultural Crossroads

Understanding the cultural crossroads of values, family, and differences in multicultural counseling

Cross-cultural counseling is more and more relevant in our current age. Viewing culture as a “special” topic is perhaps misleading as culture is actually everywhere; it forms the fabric of our society. Only when conflicts occur in cross-cultural relationships or in cultural value differences in the family or the workplace does culture become visible. Cultural and religious prescriptions about behavior can be a powerful force in our psychology, often regardless of how closely we adhere to them.

Culture and ethnic identity in psychotherapy 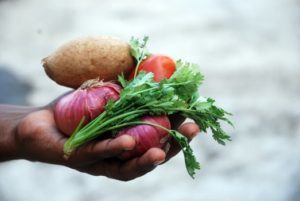 To some, culture and ethnicity are very important to their sense of identity, while others wish it weren’t so. It can seem that others identify you by your ethnicity, race, or skin color more than you might do yourself. The role one’s culture or race or religion plays in one’s sense of self is often closely tied to one’s family and its history. Some immigrant families associate their cultural background with traumatic events or experiences, and would rather forget, while others cherish their culture and work hard to keep their traditions alive. Holding tight to such identity and traditions can be a source of strength, but it can also be experienced as a limitation. The experience of culture, and the conflicts that arise from it, therefore, are often deeply interwoven with family.

Dr. Wu’s approach in helping you to understand your cultural and ethnic identity is to work through the balance between individuation, relatedness and rootedness. It can be a lifelong process. Psychotherapy can help you to navigate sometimes thorny issues of identity, loyalty and the role of culture in your life.

Gender—how one views one’s self along the spectrum of femininity and masculinity—is powerfully determined by culture. Culture has a big role in how masculine and feminine roles are defined. Even in developed industrialized societies where men and women have greater parity in the workforce, cultures tend to stereotype gender from the beginning of a baby’s life. These cultural gender role expectations can feel like a heavy mantle, for both men and women and can expose fault lines in bicultural relationships. For example, men labor under the expectation that they should be “strong” or unemotional, something they have been trained to internalize even as children. Psychotherapy for individuals or couples can help to tease out deeply internalized and sometimes unconscious habits, attitudes, and identifications.

In a diverse culture individuals may become aware that they are viewed, or feel themselves to be viewed, as outsiders to a majority group. This is a subject of psychotherapy and coaching, and in severe cases, forensic consultation, as it may involve the challenges of actual discrimination, or mutually reinforcing self-fulfilling processes. Personal, subjective feelings of inclusion and exclusion, and the social and interpersonal dynamics that parallel those feelings, can be very intense, with high stakes. In such cases the neutrality of a psychotherapist can identify work that belongs to the individual and work that belongs to the group at large.